One of the many interesting teams coming into the 2020-21 NBA Season is the Brooklyn Nets. There is a lot of excitement building around this team after making it to the playoffs in two consecutive seasons. However, next season seems to be the year in which it all comes together for Brooklyn, as they take the next step to become the early favorite to make it out of the Eastern Conference.

Reporting on @SportsCenter about some of the reasons that led the Nets to hire Steve Nash as coach. pic.twitter.com/QTlUKBlv4p

During the offseason, the Nets have made some significant moves on their quest to win an NBA championship, like hiring hall of fame point guard Steve Nash to be the head coach. And though Nash lacks any real coaching experience, you can’t deny the brilliant basketball mind the two-time MVP has showcased throughout his 18-year career.

Along with Nash, the Nets made trades to acquire Landry Shamet from the Clippers and  signed, Small Forward, Joe Harris to a massive contract, who is a significant piece in the Nets offense.

The most significant piece for the Nets is 10-time All-Star Kevin Durant.

We last saw Durant, hobbled, playing for the Golden States Warriors back in the 2019 Finals, competing for an NBA championship. He will be looking to make his grand return to help elevate this Nets team. If Durant’s murmuring is anywhere close to where he was before the injury, it’s safe to assume the Nets will be a standout favorite in a very top-heavy Eastern Conference.

Kevin Durant, Kyrie Irving and the Brooklyn Nets are scheduled to play their first preseason game on Dec. 13 against the Wizards. Full preseason schedule: pic.twitter.com/F6m21KrGUQ

Durant’s chemistry with the Net’s other All-Star point guard, Kyrie Irving, is essential to its success. Irving, who’s played in just 20 games while averaging a career-high 27.4 points per game for the Nets last season, will be looking to bounce back dealing with a nagging knee injury.

Both, when healthy, are easily considered some of the best offensive players in the league. Their fantastic offensive skill, to go along with their big-time clutch shot-making, give the Nets a massive boost in their chances of turning this team into a title contender.

Steve Nash says both Kevin Durant and Kyrie Irving look healthy and in-shape. The stars have aligned in Brooklyn.

Kevin Durant said that he feels "good" playing and has worked out with Kyrie Irving, sometimes five times a week, while ramping up toward the season.

Durant and Irving are significant pieces to a team featuring some of the NBA’s best young talents. Players like Caris LeVert, who balled out in the NBA bubble, averaging 23.1 points per game. He backed this up with 5.4 assists per game on 43.9/35/69 percent shooting, which were all career highs for the four-year player.

They also have Jarrett Allen at Center, who averaged 1.3 blocks per game and is amongst the better defensive Centers in the league, and Small Forward Joe Harris, another player who is coming off a career year averaging 14 points per game.

Nets now at 15 players and are extremely deep at guard.

Joe Harris has a $16,071,429 starting salary per @KeithSmithNBA. With Green and Johnson on vet minimums, Nets are now in the fifth luxury tax bracket for a $57.5M tax bill.

The Brooklyn Nets were once a team stuck in the Eastern Conference after trading multiple draft picks to the Boston Celtics. Now, they hope to compete for an NBA championship. 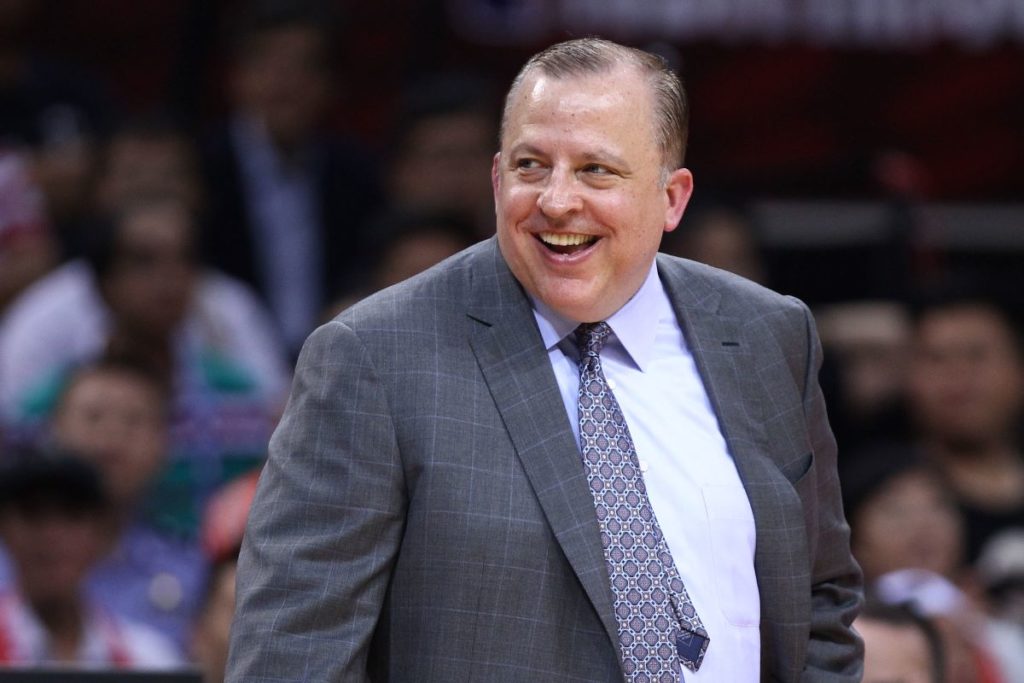