With the NCAA tournament around the corner, the #9 Houston Cougars (20-3) are real contenders for a championship.

Just like many teams this year, Houston faced adversity throughout the season.

All 15 players on the Houston roster tested positive for COVID-19 this season, and two starters, Caleb Mills and Fabian White Jr., also missed most of the games this season. In May 2020, Senior forward Fabian White Jr. tore his ACL and was assumed out for the season.

However, in the past few games against Wichita State, Cincinnati, Western Kentucky, and South Florida, White Jr. has returned, adding depth and automatic front court scoring. Houston has missed him.

With Sophomore Guard Caleb Mills deciding to transfer to Florida State, the Cougars rely on their back court to pick up the slack offensively.

Their guards, Dejon Jarreau, Marcus Sasser, and Quentin Grimes, are ferocious, gritty, and physical. Each of them brings their own individual strengths to the team and gel really well together as a trio.

Every great team has that do-it-all player that keeps the team in striking distance.

That do-it-all player for Houston also happens to be their closer as well, Dejon Jarreau.

Senior guard Dejon Jarreau has really stepped up as the lead guard on the team.

Dejon Jarreau is one of my favorite prospects, a super intriguing creator/passer/handler, crafty move here pic.twitter.com/lCNy6NyIyX

In February, Jarreau has boosted his scoring up to almost 16 points from his season average of 10.

Dejon Jarreau plays the passing lane as well as anyone in the NCAA. It is rare for Jarreau not to start a game with a breakaway steal and slam dunk, putting the opposing team on notice for the pressure he will apply all game.

Sophomore guard Marcus Sasser is Houston’s streaky three-point ace. When Sasser has it going, beating the Cougars is near impossible.

Houston is 7-1 when Sasser scores 17 or more points and 6-0 when Sasser makes at least six field goals in a game.

In preparation for the upcoming tournament, Houston’s priority needs to be feeding their two scorers: Marcus Sasser and Quentin Grimes.

Quentin Grimes’ game is so smooth.

Grimes is a natural scorer with the athleticism to separate from defenders to get his shot every time.

Averaging a team-high 16.9 points per game and 6.4 rebounds per game, Grimes is one of the biggest X-factors on the Houston roster.

When all three guards are locked in offensively, they are easily one of the country’s best teams.

Just finished Houston-Texas Tech from yesterday. I absolutely LOVE what Kelvin Sampson drew up to deal with Tech's no-middle defense, putting three guys above the foul line and allowing DeJon Jarreau to have time and space to drive and pick out a pass.

The Cougars are very real. pic.twitter.com/QXkeIv0oeT

The Cougars are a basketball analyst’s dream; they play exceptional defense, control the boards, effectively shoot threes, and score in transition.

It is almost inconceivable for opposing teams to give more effort than the Cougars.

Houston consistently gives extra effort every time they are on the court.

Diving for loose balls, tracking down rebounds, getting back on defense, Houston emphasizes effort is their key to winning each moment.

Since they know their strengths, they constantly expose their opponents’ weaknesses.

Head coach Kelvin Sampson preaches for his team to be students of the game. In turn, Houston is efficient and all about the details.

And those particulars being an all-around team specializing in defense and effort.

Not only does that mean each Houston player brings their all-out energy on the court, but they also bring balance and consistency.

Houston’s post season depends on their superb defense. Long, lanky, and agile, Houston can switch all positions, one through five.

The Cougars’ defense is as elite as you can get, as they are currently the nation’s second-best defense. Houston’s defense makes unprepared teams quiver, and inexperienced teams gasp for air.

What separates Houston from most teams they face is their remarkable help defense. As soon as you get past one defender, Houston’s front court giants are right there.

Seniors Justin Gorham and Brison Gresham add a dimension to this team that makes them formidable championship contenders.

Brison Gresham is an excellent rim protector and blocking specialist, averaging 1.6 blocks per game in 19 minutes. “Boardman” Justin Gorham is a madman when it comes to rebounds. His per 40 minutes statistics, 12 points, and 14 rebounds a game are insane and still do not tell Gorham’s true impact on the team.

The team’s comradery is as clear as ever and fuels them when they are on the court. 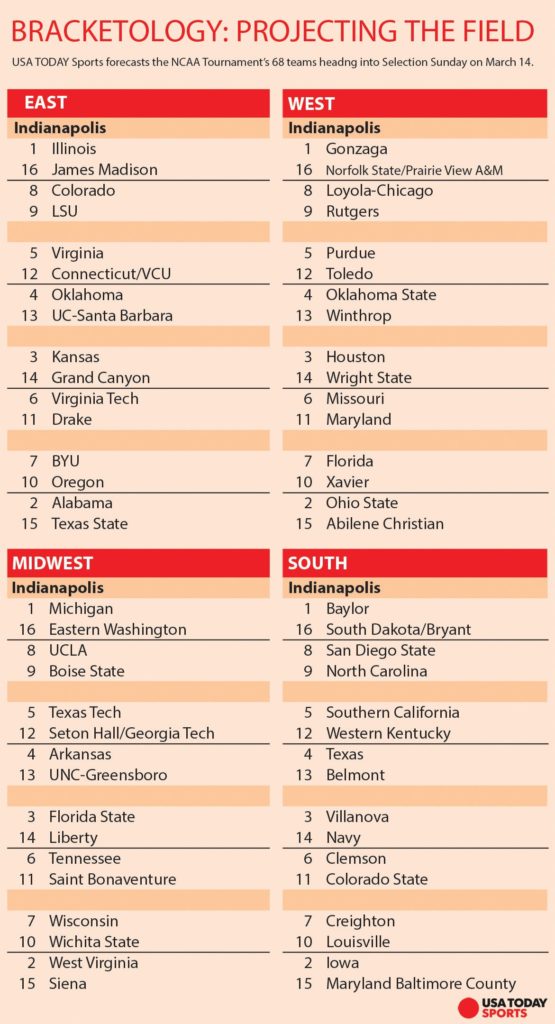 As we have witnessed three times this year, there is a blueprint to beat Houston.

Get “hot” from three, stay even in the rebounding margins, and limit their points in transition.

We have also witnessed twenty times that, that this is easier said than done. Houston has a great mix of experience, leadership, and heart that leaves opposing teams in despair.

The top teams in the AAC are relatively known for their stout defense, and Houston, by far, is the stoutest.

Following their road loss to Wichita State, they have dropped from a projected 2 seed in the West region with #1 Gonzaga (24-0) to a 3 seed via USA Today Sports.

Before Caleb Mills decided to transfer, Houston was a consensus lock for a final four appearance, as they had no clear weaknesses as a team. Nevertheless, the Cougars made grittiness and defense a point of emphasis to win their games.

It is almost a given that their defense will take them to the Sweet 16 this year, if not farther.

Furthermore, if this Houston team wants to make a championship run in this year’s NCAA tournament, Jarreau and the Cougars have to make the most of their opportunities on offense and in transition.