The University of Kansas have agreed to terms with Bill Self to the sound of a lifetime deal. The contract features a five year rolling agreement that automatically adds another year after each season until Self decides to call it a career.

Kansas announced today that Bill Self has signed a lifetime contract with the Jayhawks.

His current contract is being replaced with a new five-year rolling agreement that automatically adds one year at the conclusion of each season for the remainder of his career. pic.twitter.com/XZgCvxaTFO

Even in the midst of NCAA investigations threatening a postseason ban, something that has casted a shadow on the program since they came down in 2017, Self wins. Kansas has made a statement that they are not the least bit worried about the NCAA. The University is also currently in between athletic directors after the firing of Jeff Long in March. Despite thisb they still got the deal done: Bill Self, according to plan, will never coach anywhere besides the University of Kansas.

Self released a statement saying, “As we continue to work through the challenges facing our program, we look forward to moving ahead and focusing on our bright future.” 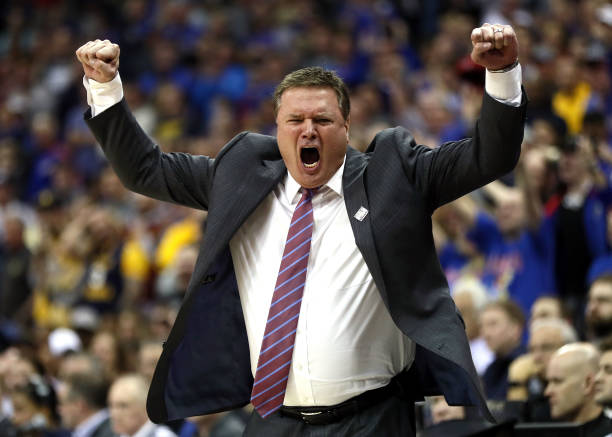 Self has put up video game numbers in his 18 year and counting career at Kansas. Posting an overall record of 522-118, 15 Big 12 titles, and still has yet to miss the NCAA tournament being no lower than a 4 seed in his tenure at Kansas. Self is currently only 68 wins behind Phog Allen for the all time winningest head coach in Kansas history. A mark that he will almost certainly pass in the next 2-3 years.

The landscape of the college basketball coaching world has been a wild one as more teams enter their off-season. Kansas didn’t want any doubts or questions about Self’s future. Much to the relief of fans and the university alike, it’s Bill Self for a lifetime at Kansas.

The coaching carousel continues to spin inside the Big 12 as Texas, Texas Tech, and Oklahoma are all entering the 2021-2022 season with a new head coach. Kansas now shows where their priorities and allegiance lie even in the middle of alleged NCAA infractions. Kansas is sticking with Self, and Self is sticking with Kansas.